I come bearing croissants and macarons… 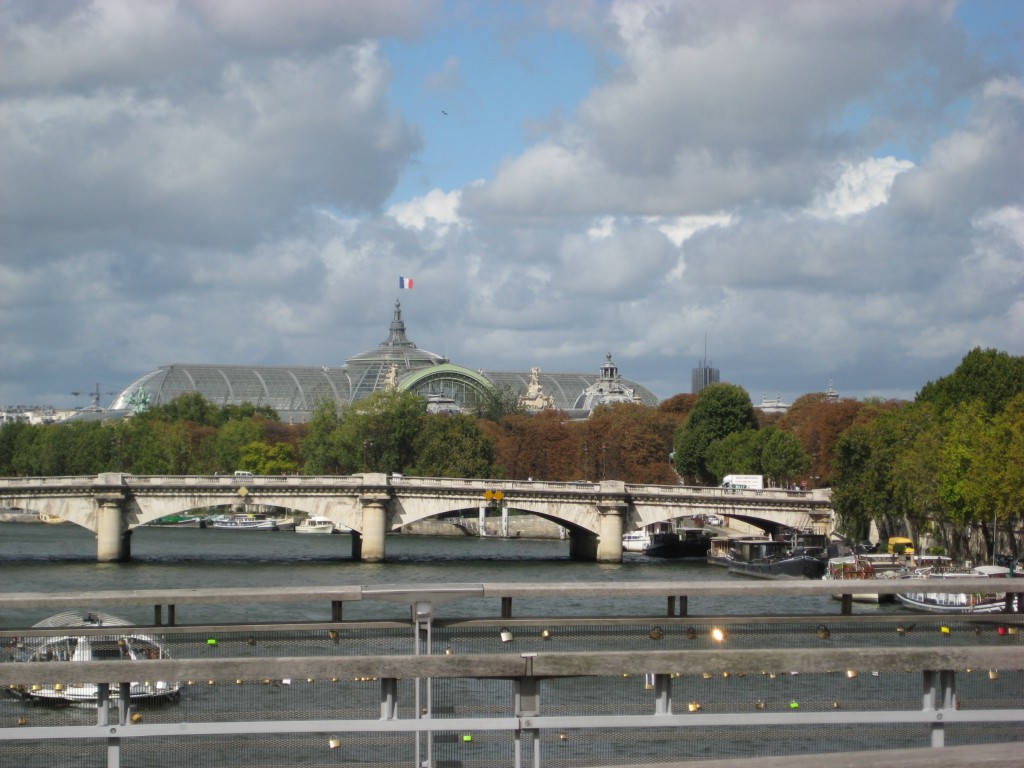 As you can guess, the trip to Paris involved a great many croissants and macarons–not to mention all the espressos, baguettes, madeleines, and occasional wines. We (the Frenchman and I) rented a tiny, studio apartment in Montmartre that was next to the most AMAZING bakery–the best in Paris, quite literally. This bakery had the distinction of winning some special contest for 2011, so it was declared the Best of the Best, AND as such, it was given the honor of serving Sarkozy (the French president, in case you weren’t aware) his bread for 2011.

So we ate the same baguettes as Sarkozy. And holy crow, they really were the most divine baguettes I’ve ever had in my life. All warm and crispy, but fluffy white inside…my mouth is watering just typing that.

So all in all, there was a lot of eating. And even MORE RESEARCHING.

Like below, you can see me at the Opera Garnier, where Eleanor Fitt (the MC in Something Strange and Deadly) attends a lavish ball. My very patient husband took camera duty while I wandered every hallway and wrote as if I were Eleanor–gussied up, out of place, and desperately searching for… Well, that will just have to stay a secret. We don’t want to spoil the story, do we? 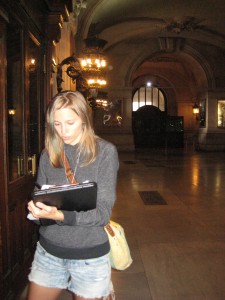 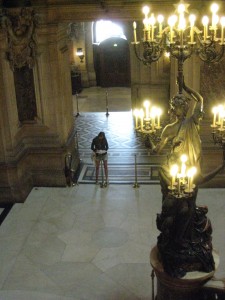 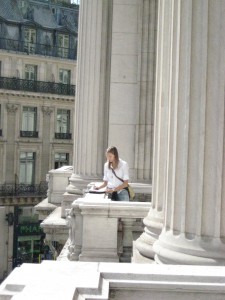 I went to the Bibliotheque Nationale, which is enormous. So big that you have to make a list of titles you want so a librarian can go find them for you in the vast collection. The tower in the left picture is one of FOUR, and they’re all connected by enormously long hallways (like in the right photo). Plus, the library had two of Coronelli’s globes on display, which was very cool. 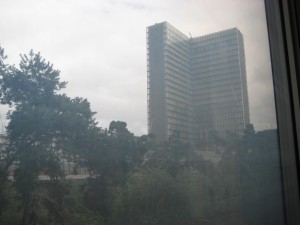 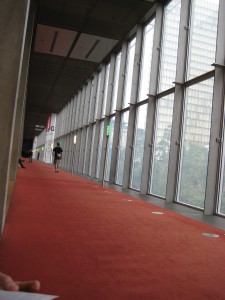 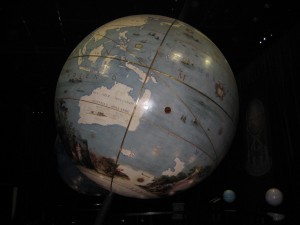 I wandered through the Jardin des Tuileries on several occasions since much of the book is spent there. Eleanor’s hotel, Le Meurice, is just across the street. The Frenchman and I even went in there for lunch, but we felt WAY out of our league (this hotel has guests like Beyoncé come stay!). 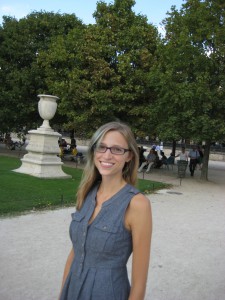 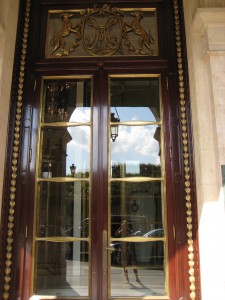 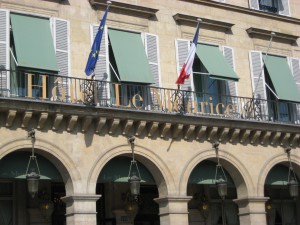 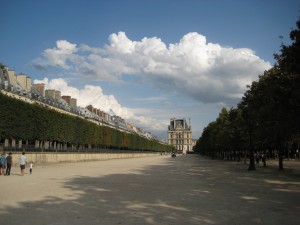 And then, in between all that research and walking (WOW, soooo much walking and metro-riding), there was a bunch of this: 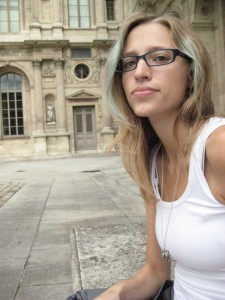 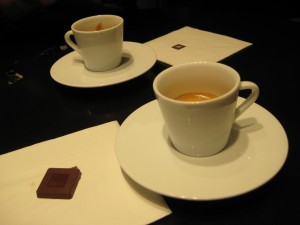 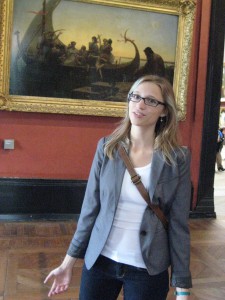 Oh my gosh, Frenchie, if you take another picture of me, I’m gonna get cranky. 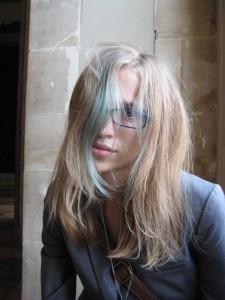 Seriously, we aren’t here to research how grumpy a husband can make his wife… Get that camera away. 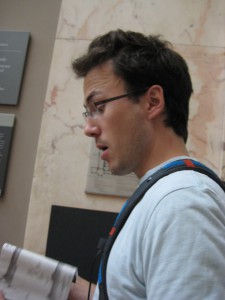 That’s it. Let’s see how much YOU like having this lens constantly in your face. 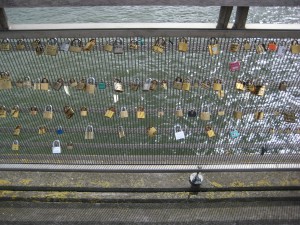 I’ve been to Paris several times now (the Frenchman actually grew up in a suburb nearby), yet I never fail to uncover something new and magical each visit. Like these Love Locks (see photo to the right), which were all strapped to the Passerelle Léopold-Sédar-Senghor (a bridge over the Seine). Each lock has a couple’s name on it, and the whole bridge was littered with them! It was so dreamy and romantic…

And there’s just something in the Parisian air or perhaps the Parisian food (read: beverages) that manages to weasel into your heart and make you want to wax poetic.

Wax BAD poetic. I swear, all my notes are filled with the most awful metaphors and similes. 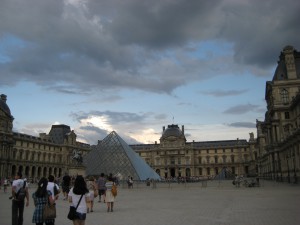 I didn’t even notice it until the second day when I came across this gem I’d written (referring to the sky at the left):

The clouds and sun vanish on the western horizon as if waving goodbye to old friends.

WHAT DOES THAT DRIVEL EVEN MEAN? It means I should get a new job. Or at the very least stick to non-poetic prose from here on out.  I dread seeing the other purple prose I wrote under the guise of “research”. ::shudder::

But all in all, it was a fantastically successful trip. And now that I’m home again (and 5 pounds heavier–no surprise), it’s time to dig back into A Darkness Strange and Lovely.

AND, it’s time for a tiny CONTEST!

It’s nothing major–just a little souvenir I picked up in Paris along with a copy of Stephenie Perkins’ Anna and the French Kiss (which is, of course, set in Paris). All you have to do is LEAVE A COMMENT to be eligible, and I’ll pick a winner (via random.org) next Monday!

The Wizard of Dark Street: a book recommendation LTWF: One Book To Rule Them All