“Iron spires and colorful flags rose up along the Schuylkill for ten blocks, making the Exhibition look just like a fairy-tale. Enormous buildings housed the world’s wonders, and not even a whole slack-jawed, wide-eyed week of exploring gardens and halls would be enough time to see everything.”

-Chapter 5, Something Strange and Deadly 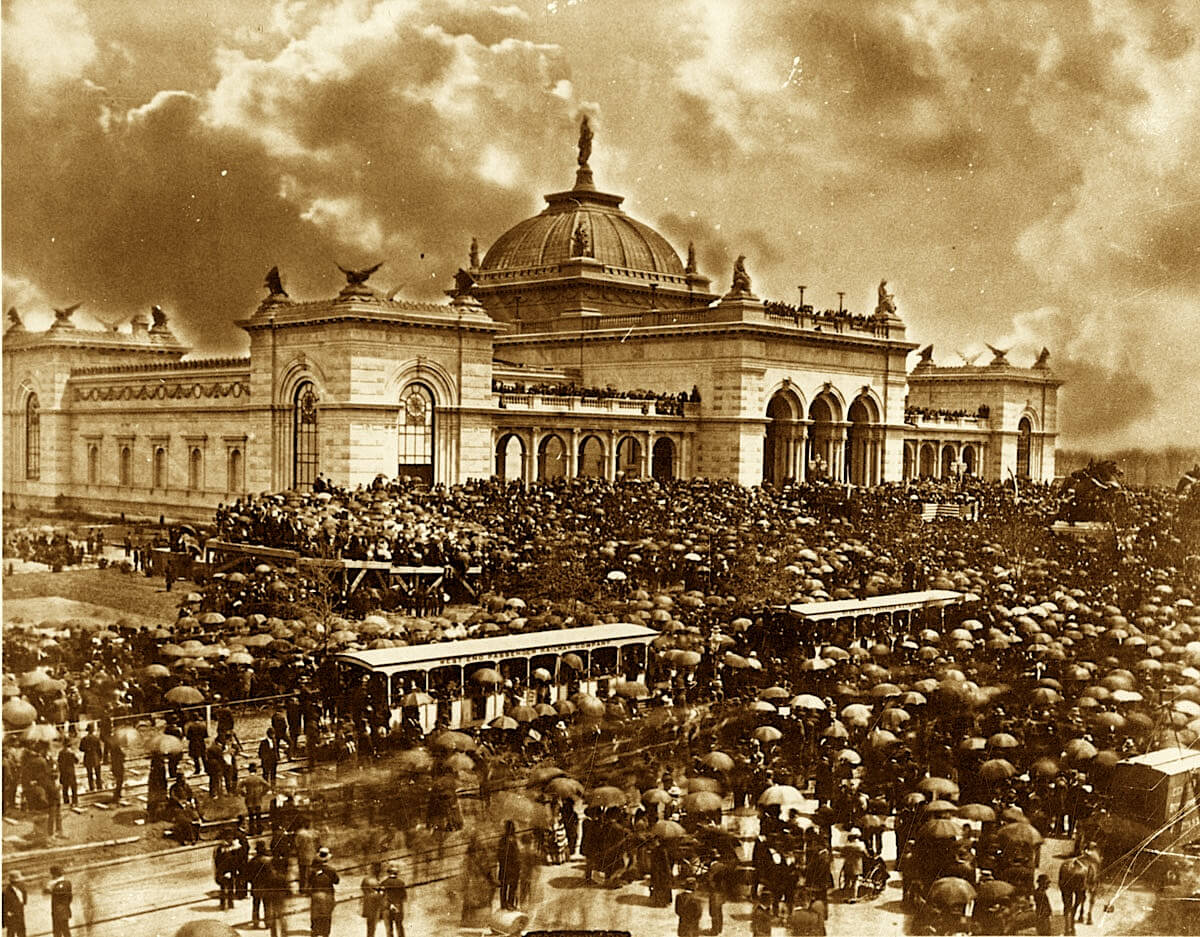 The Centennial Exhibition in1876 was the first World’s Fair in the United States. Held in Philadelphia, it was also meant to commemorate the 100th anniversary of the signing of the Declaration of Independence.

From May 10 to November 10, the enormous fair hosted around 10 million visitors in Fairmount Park, along the Schuylkill River.

The Exhibition was a fascinating glimpse at technology and cultures from all around the world. It was, in fact, the first time most Americans had ever seen the Japanese, Chinese, Germans, and more–and all in one location!

Eleanor, of course, visited the Exhibition when it first opened. But when her brother went missing–presumably taken by the Dead–she had to visit the Exhibition again, for the Spirit-Hunters had their lab there. Nestled into a tiny corner of Machinery Hall, the Spirit-Hunters coordinated their ghost-fighting business amidst the rumbling engines, clanging machines, and never-ending chatter of visitors.

You can learn more about the Exhibition here, or read an original guidebook from 1876!