Musical inspiration for your writing 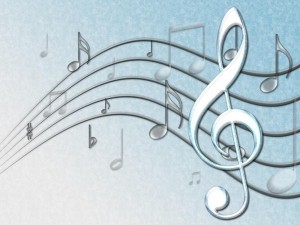 Like many writers, I listen to music for inspiration.  Most of the time, I don’t actually listen to music as I write — I’m too ADD to focus on the words at my fingertips and listen to Rimsky-Korsakov.

I do, however, listen to music while I plan my stories. When I’m in the midst of Debussy’s Petite Suite, I’m really in the midst of a bustling 19th century city.  When Muse’s Origin of Symmetry is blasting from my speakers, I’m transported to some futuristic dystopia or a far-off galaxy.

I let the music play, and I imagine a novel’s scene playing out like some movie montage.

For example, from my WIP, The Spirit-Hunters, there’s a high-tension scene in which the heroine, Eleanor, is running full-speed for her life.  She’s just made a major flub-up, and now a a vat of nitroglycerin is about to overheat and explode — taking a whole dynamite factory with it.

Eleanor has never run before, and her lungs burn as she slams one foot in front of the next.  And when I try to imagine the damp grass and mud beneath her feet, the wooden slats on a fence as she whips past, or her desperate gasps for more air, I play this piece (composed by Ilan Eshkeri for the film Stardust):

And of course, each story has it’s own specific playlist.

Now, you tell me: what do you listen to for your artistic inspiration? I definitely rely on movie soundtracks for inspirational musical scores.