♥ Time for some community feedback! ♥

Taryn Albright was the lucky “winner” from April’s Query Day, and so her shiny, revised query is now ready for some group feedback! 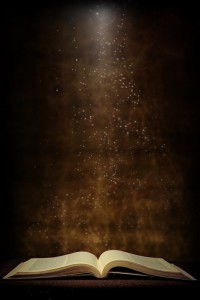 When humanity learns its writers can create, or “Animate,” their own worlds, people have the final nail in the coffin of religion. God is now dead, but not everyone is happy about that.

For most of her life, sixteen-year-old Kalyn has had one goal: become the thirteenth Animator, one of the revered people who can Animate their written works. When her brother gets that distinction first, she finds herself breaking away from the conventional aversion to religion and instead befriending a girl who has religious sympathies.

As Kalyn wonders if religion is less dangerous than the government insists, she stumbles across an old abandoned chapel which leads to a series of clues. She’s on the trail of something that could break open the government’s lock of religion and maybe even prove Animation is an elaborate hoax. But three powerful factions have interests in keeping that hoax alive, and Kalyn is presented with bribes, decisions, and danger as she forges toward a truth that just may destroy the only goal she’s ever had.

PLAYING GOD, my YA dystopia, is complete at 75,000 words. Per your agency guidelines, the first NUMBER pages are pasted below. I would be glad to send you the manuscript  upon request.

Let Taryn know what you think of her query letter in the comments, please!

AND…if you’re interested in partaking in the next Query Day, then GET READY.  Submissions will go live NEXT MONDAY (May 2) at 5:00 PM EST, and submissions will close after I’ve received 10 queries. ♥