Creating a memorable protagonist is tricky—something that seems deceptively easy, but is in fact hard.  What makes it even harder is the fact that it’s so subjective.  I loved Ender from Ender’s Game, but I know a lot of people who hated him. 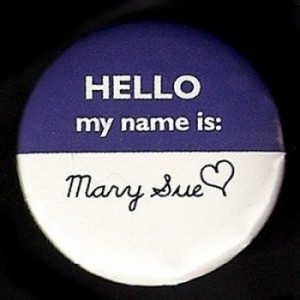 As such, you’ve got to approach your protagonist from the point of view of what you would love combined with some universal traits that everyone can love. (People will ultimately still hate your MC, but…c’est la vie.)

Donald Maass does a great job of explaining this approach in his books (Writing the Breakout Novel or The Fire in Fiction)—that is: have your MC do something you consider heroic or worthy of our respect within the first few pages of your novel.

It can be a small gesture, like a few words of clever dialogue (Pride and Prejudice by Jane Austen), or it can be a big gesture, such as hunting illegally to keep your family alive (The Hunger Games by Suzanne Collins).  It could be a small disadvantage, like an unpopular girl (You Wish by Mandy Hubbard), or a big disadvantage, such as a bastard son (Game of Thrones by George R. R. Martin). It could be a frustrating disappointment, like a girl being sent to boarding school (Hex Hall by Rachel Hawkins), or a deeply tragic situation, such as a girl at her father’s funeral (A Curse Dark As Gold by Elizabeth C. Bunt). The key is to tap into those universal traits/situations that people either respect or sympathize with.

Of course, don’t go over the top with this! It’s easy to take this too far into Mary Sue Territory. If your MC saves a kid from a burning building, visits his grandmother at the nursing home, and then goes to work at the soup kitchen, you’ll probably just make your readers want to vomit. 😉

(I really suggest reading Donald Maass ‘s books—he does a much better job explaining, and he goes into much more depth.)

The next thing we need for a memorable character (and possibly the most important thing) is a NEED.  The MC must have a goal, and their heart and soul must be in that goal.  We have to know why he/she wants it, why he/she can’t have it, and what he/she is willing to do to get it.

The goal can be huge, like saving Middle Earth from the power of the ring (Lord of the Rings) or small, like finally being cool and popular (Princess Diaries by Meg Cabot). If we can really sink in and feel the MC’s desperation, we will be naturally compelled to root for him/her and to care about what happens.

A compelling protagonist will do whatever it takes to achieve his goal—his need is desperate, and so he won’t give up easily. Even a reluctant hero ultimately chooses to fight instead of flee (e.g. Luke Skywalker in Star Wars).

For Something Strange & Deadly, the book opens with Eleanor at a disadvantage. Her brother, Elijah, wasn’t on the train, she’s been waiting for him to come home for 3 years (so she’s kinda heartbroken), and she’s waiting in line at the telegraph office to check for a message.   Then a walking corpse arrives, and the whole train depot is in a stampeding panic.  Eleanor now has the chance to do something moderately heroic and a bit desperate: she won’t flee until she’s checked for a message, even if it means going into the now abandoned telegraph office, searching for a telegram, and possibly being left behind with that nasty corpse.  She will do whatever it takes to find out why Elijah didn’t come home, and when she learns his absence is because he’s been kidnapped by a necromancer, she will do whatever it takes to rescue him.

You tell me: What other characteristics doth a memorable protagonist make?