The Perilous Gard and The Assassin and the Underworld: book recommendations 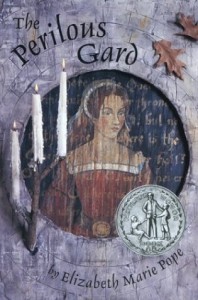 I adore this book. ADORE. I think I first read it in the fifth grade, and it remains one of my favorites. I have reread it more times than I can count, and I love The Perilous Gard more with each reread.

In 1558, while exiled by Queen Mary Tudor to a remote castle known as Perilous Gard, young Kate Sutton becomes involved in a series of mysterious events that lead her to an underground world peopled by Fairy Folk—whose customs are even older than the Druids’ and include human sacrifice.

Let’s start with Kate, a heroine worthy of attention. She isn’t a tough girl with some magical power or ability to fight–nay. She’s merely a normal girl exiled to a place where nothing is as it seems, and the only weapon she has is her mind. I admired Kate as a child, and I admire her character even more as an adult. She is forced to make choices that change her, and as she makes those choices–for better or worse–she grows.

Now let’s move to Christopher. I think he was one of the first book characters I fell for. It might have been the fact the book is beautifully illustrated and Christopher is one good-looking guy…

Christopher is another character who evolves according to the choices he makes. His past is haunted, and he begins as melancholy, almost cruel young man. And…he only gets worse as the book progresses. I won’t tell you how it all ends, though.

And finally, my favorite part of this book is the villain. I won’t tell you who she is, but I will say that she was without a doubt the first three-dimensional villain I remember reading about. While I feared her, I also loved her–as does Kate.

So, if you’re looking for historical settings, a strong heroine, or a delicious romance, then you absolutely must pick up Elizabeth Marie Pope’s The Perilous Gard. 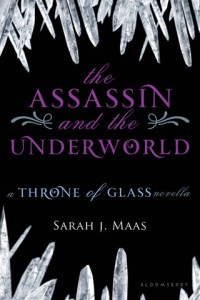 If you enjoyed the first two novellas in Sarah J. Maas’s Throne of Glass series, then I can promise you’ll love #3: The Assassin and the Underworld. This one is my favorite in the series so far–and not because I thought the others weren’t amazing, I just found this story the most toe-curling delicious.

When the King of the Assassins gives Celaena Sardothien a special assignment that will help fight slavery in the kingdom, she jumps at the chance to strike a blow against an evil practice. The misson is a dark and deadly affair which takes Celaena from the rooftops of the city to the bottom of the sewer—and she doesn’t like what she finds there.

Not only is this novella fraught with mystery, but Celaena’s assassin skills are really brought into focus. Even better–at least in my opinion–we get to finally get to see exactly where things (and by things, I mean FEELINGS) stand between Celaena and Sam. Wow, my heart is ramping up just thinking about that particular storyline.

If you’re in the mood for a fast-paced mystery, some page-turning action, or a delicious romance, then be sure to pick up Sarah J. Maas’s The Assassin and the Underworld.

Oh, and don’t forget to check out the TRAILER for Throne of Glass, which releases today on MTV!! Guys, I won’t lie: it’s a pretty incredible trailer. I’m personally all about the Simple Is Best when it comes to book trailers, and I think Bloomsbury nailed it with this one!

You tell me: what’s your favorite childhood book? What do you think of the Throne of Glass trailer?

What are the odds? Getting a multi-book deal–what does it mean?