…but I swear I haven’t abandoned the blog and become a lazy person.

So we’ve been living in our basement. We don’t have a kitchen (though my husband DID put the stove in Sunday night and I have NEVER been so excited over boiling water). We do have a bathroom sink, a toilet, and a tub–but none of them are in the same room. So that’s interesting. Oh, and with our 2 dogs and 2 cats, things are pretty cramped in the basement.

ANYWAY, hopefully things will be back to a more normal schedule soon. Our wonderful builders did at least finish my office, so I’m setting that up now–and ahhhhhhhh. Such a relief to have a space of my own again.

1. I have joined Tumblr. It was not a choice, but a requirement (for our Young Authors Give Back Tour)…yet I have dived in head first. We shall see what comes of it. I admit to already being absolutely overwhelmed.

(I also admit to fangirling and then hanging my head with shame when my FAVORITE AUTHOR OF ALL TIME scolded me on Facebook for wasting time on Tumblr instead of writing. Robin Hobb, I swear I’m writing too. ♥) 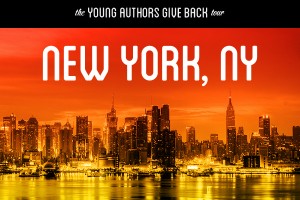 2. Speaking of the Young Authors Give Back Tour, we have added specific dates and times to our schedule!!

3. I am working on a new WIP (despite having plenty of other WIPs on which to focus) that is epic fantasy and I am IN LOVE. I am still in that blissful phase where everything feels like True Love (and I think we might get married, and I’ve already imagined it proposing to me a million times–it’s very romantic). I just crossed the 50K mark over the weekend, so that was exciting. But also frightening because I worry I have only just BEGUN the story, yet I’m already at 200 pages. Oops…That’s the problem (but not really a problem) with multiple POVs.

4. I read this amazing post from Justine Larbalestier (via Erin Bowman) that really resonated with me. It kind of sums up a lot of things I expected would happen after 10 years in the writing biz–and it made me glad I’ve already begun to step back from the writing-to-sell approach and focused more on the writing-what-I-love-even-if-it-never-sells. My happiness is so, so much greater. Even though book 3 darn near killed me, I have never been more in-sync with my creativity and Muse than I have this 2013.

6. And because I can’t resist sharing the latest music that inspires me, here are my current obsessions.

“Immortal” has the vocals and the beat and just !!!!! Everything about this piece is one of the characters in my current WIP. I literally listen to this music on repeat whenever I write his scenes.

You tell me: What’s going on in YOUR life? Any cool news or awesome music to share?