The pleasure from praise (or) Authors are people too

Yesterday’s post on steampunk had an unexpected surprise.  One of the authors whose book I mentioned as a “recommended steampunk read” actually commented on my blog.

How cool is that!?

And, the writer in question (Ian Tregillis) didn’t even mention the fact that I’d suggested his book  (Bitter Seeds)– he actually responded to another suggestion on the post.

Well, it surprised me, to be honest, because I always envision authors as these shadowy figures behind the scenes.  They’re hidden puppeteers that create the pages, live on Mount Olympus with the other gods, eat fire, and know the answer to life, the universe, and everything (trade secret: it’s 42).

So Mr. Tregillis’s comment jogged a few memories which in turn fired some of my logic synapses, and then that set some gears spinning.  It all culminated in a realization:  Authors are people too.

And, in honor of authors not being magical, immortal, or all-knowing, I thought I’d share three stories of other famous writers who took the time to be nice to me.  They are: 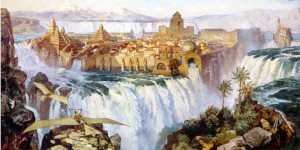 When I was in college, my dear mom took me to the opening day of a gallery exhibit for the artist/writer of Dinotopia, James Gurney.  In case you haven’t blessed your eyes with his children’s classic, then do so now.  My own 8-year-old eyes and mind were 100% convinced that Dinotopia was real, that Arthur and Will were real, and that people could fly on the back of pterodactyls eezie-peezie.

So it’s a blustery winter day, and the museum is packed with visitors to see Mr. Gurney…and no surprise, most of the visitors are under the age 10.  No doubt you can imagine the artist’s shock when following the set of nose-picking twins in the autograph line is a marine biology major with three books for him to sign, a tomato-red face (I blush easily), and a mouth gushing praise.

Rather than poo-poo me for immaturity or just plain weirdo-ness, he is actually flattered that I remain a devoted fan.  He signs my books, writes personal notes, and then suggests we take a photograph 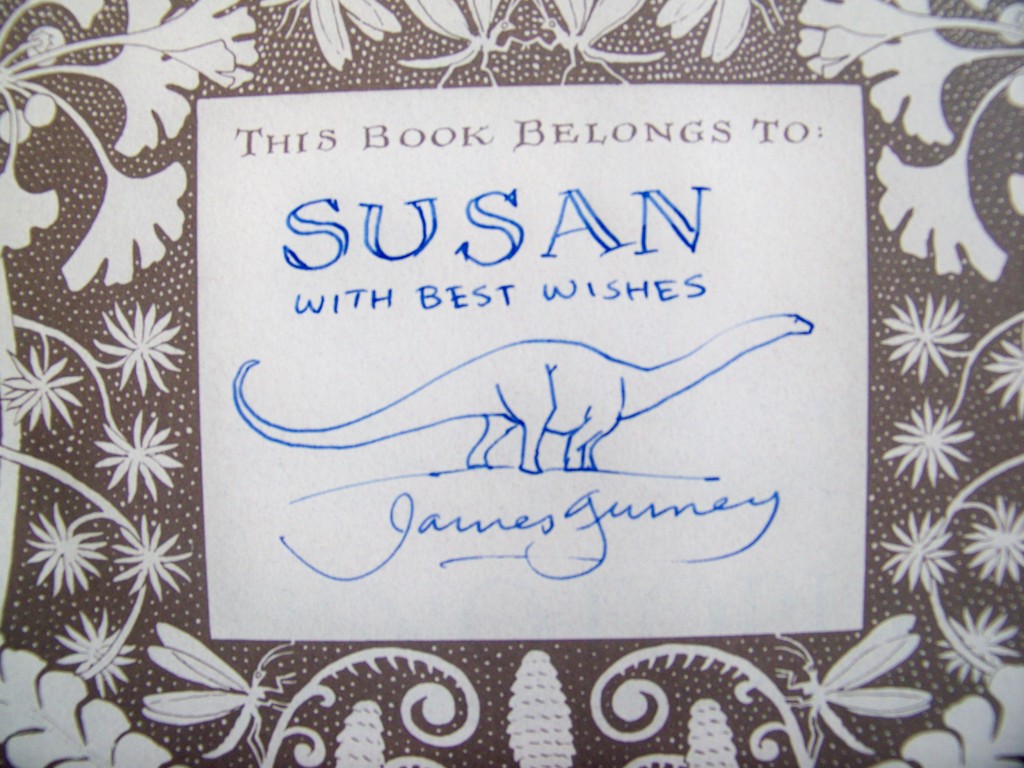 Tomorrow, I’ll tell you about the time Peter S. Beagle doted on a devoted fan and Anne McCaffrey kindly answered my audacious 13-year-old self.

Steampunk — what is it? Authors are people too… Take Two