Magical realism — what is it?

Magical realism. A genre associated with the literary and visual arts, but that occasionally pops up in film or music.  When I think of magical realism, I think of Latin and South American authors — Isabel Allende, Gabriel García Márquez, Juan Rulfo — who blend the ethereal with the everyday.  Maybe that’s because the phrase, magical realism, comes from the Spanish phrase lo real maravilloso (the marvelous reality). 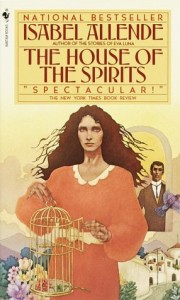 Magical realism blurs the lines between reality and supernatural by treating magic the same way it treats the mundane — normal.  Magic is simply part of everyday life.

Still don’t get it?  How about we say what it’s not then.

It’s not realism because we don’t just see actual, raw life — we see magic in there too.

It’s not fantasy because the supernatural is real.  The fantastic world is not an alternate version of our universe,  is not another world entirely, and is not a fantastic take on reality — it simply is reality.

It’s not surrealism because we don’t explore fantastic elements of the imagination or subconscious.

It’s not science fiction because, although sci-fi is meant to be realistic, it’s not a reality we know.

If you’re still can’t pinpoint what it is, then join the rest of the world.  No one can squeeze the genre into words — it’s as ethereal as it’s subject matter.  So, to help out, I’ll leave you with my own definition.

Magical realism is where devastating war can be the backdrop for heaven and a whorehouse can gleam like Eden.  It’s where time stops between life and death.  Ancestral ghosts flit through your house, and miracles happen daily.  The figurative becomes literal — the power of love is truly a magical power while the blond goddess is truly a goddess.  Above all, magical realism shimmers with an atmosphere of lyrical beauty both dark and gentle.

Want to give magical realism a try?  Check out this list or try out some of my own choices for the genre:

Authors are people too… Take Two Urban Fantasy — what is it?