Urban Fantasy — what is it?

Urban fantasy. Another genre of gray areas and vague definitions.  Also another genre that’s booming these days.  So what is it? 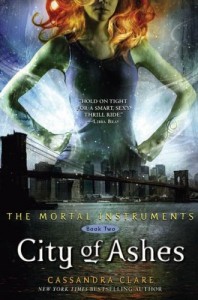 It’s essentially a magical or supernatural plot that happens in a city…er, right?  Yes, but there’s more to it than that because the urban fantasy subgenre is big. Like, really, really, really big.

Why?  ‘Cause urban fantasy blends a lot of different styles into a single storyline:

How much of each ingredient you get depends on one very simple thing: which book/show/movie/game) you choose.  The fact that you can find urban fantasy by heading to the fantasy shelves, the romance shelves, the young adult shelves, and possibly others in your library or bookstore is a good indicator that this genre is more than just “a subset of fantasy” (as some people will say).

Heck, the when of an urban fantasy is vast — it simply depends what book you buy.  Most urban fantasy will thrust into a gritty, magical present-day a là City of Bones or Good Omens — but you could also be tossed into the past.  A Great and Terrible Beauty will transport you to Victorian London while Jonathon Strange and Mr. Norrell will take you to Regency London.  (Notice I also mentioned those books when I talked about steampunk.  Steampunk is often considered an offshoot of urban fantasy.)

The where is also full of variety.  So long as it’s a city, you’re cookin’.  Southern US?  There’s The Southern Vampire series.  Washington state?  Try The Mercedes Thompson series.  Chicago?  Look up The Dresden Files.  London?  Tokyo?  You name it, and I bet you’ll find it.  Like I said, this is a huge and still-growing genre.

And it’s not just books that have been touched by this magical wand.  Don’t want to read?  Then you can watch Bleach — a Japanese anime set in modern times but with samurai Soul Reapers and evil spirits Neverwhere — a TV series set in a magical realm of London.

While magical realism suffered from being too ghostly to define and steampunk was just too subjective, urban fantasy is too darn broad!  So here goes, I’ll give it my best shot.

Urban fantasy is made of dark alleyways where creatures of myth mingle with men in business suits.  It’s where supernatural meets gritty, city life and moonlight gives everything a mysterious glow.  It’s where the good could be bad, and the bad are often good, and there’s no black and white — just lots of gray cement.  It’s life or death, or maybe just life after death.  Above all, urban fantasy is choosing or refusing to be consumed by the darkness in ourselves and the world around.

Want to give it a try?  Here’s a list from Goodreads, and here are a handful of my own suggestions (that I qualify as urban fantasy):

Magical realism — what is it? Slovenia, Croatia, and Austria: Camping and Couchsurfing