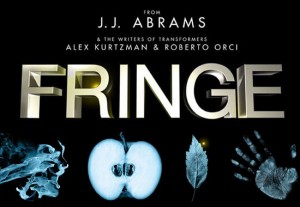 What really detracts from the show is it’s reliance on luck — on coincidence.

Okay, so I might’ve tweaked the dialogue just a bit, but you get the point.  A lot of the show’s twists and revelations rely on coincidence.

Coincidence. When something unexpected, unlikely, or uncanny occurs.

In real life, it’s amazing and uncommon for a coincidence to happen.  It’s usually so crazy and so random that it leaves my mouth agape.

Now, don’t get me wrong.  Coincidence can also be used well.

Kurt Vonnegut relied on coincidence in Cat’s Cradle (ah, what a good book).  The characters all have shared histories and they all meet by chance.  But keep in mind that the book is comedic, so the various coincidences are ridiculous and therefore humorous. 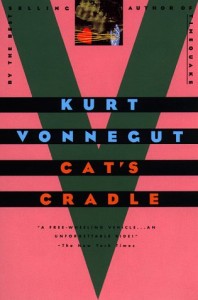 On top of that, Vonnegut sets up the possibility for coincidence by introducing the term Zah-mah-ki-bo, which means Fate.  The word comes from Bokononism, the religion central to the book’s story.

Vonnegut also describes a Bokononistic concept called karass. A karass is a group of people working together towards God’s will.  These people are connected to each other and their lives revolve around each other, but they may not realize it.  They are connected like a cat’s cradle, and we expect to see that play out in the novel.

What Bokononism does is set up the reader’s expectation: we expect coincidence.

So, unlike the usual coincidence that arises in a crappy plot — “Oh, how convenient that my new love interest just happens to be familiar with the life cycle of a cone snail, and now he can figure out where the killer got his poison” — Vonnegut put in a lot of work mapping out the coincidences in Cat’s Cradle.

It’s our job as writers to make sure we don’t rely on coincidence in our own stories.  The reader will only put up with so much luck and convenience before they put your book down forever.

Now, if you’ll excuse me.  I’m certain I’ve got some easy-way-out scenes in my own manuscript, and I’m not Vonnegut.  What that means, my friends, is that I’ve got some lazy plotting to clean up.