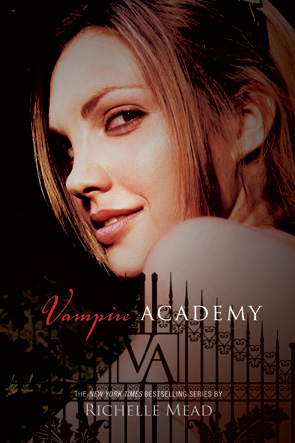 The first of Richelle Mead’s Vampire Academy series, Vampire Academy, was a highly entertaining, fast-paced read.  I’m not big on vampires, but I enjoyed this vampire world — Mead did a good job making it unique, tangible, and dark, but still 100% high school.

Rose Hathaway is a 17-year-old Dhampir — a half-Moroi/half-human whose sole job is to protect Moroi from the Strigoi.  Moroi are vampires, and Strigoi are the evil, invincible, immortal version of vampires.  Rose’s best friend (with whom she has a sort of psychic connection for unknown reasons) is Lissa — a Moroi princess.

Rose is at St. Vladimir’s Academy to learn how to protect Lissa from the Strigoi, and Lissa is there with all the other Moroi.  Yet no one is as they seem, and someone is out to destroy Lissa.  Rose must work extra hard to learn the skills she needs to save her friend — too bad the man she must learn from is devastatingly handsome.

Rose is quite angry and selfish.  There’s no getting around that — and it’s not necessarily a bad thing.  It’s her character flaw, and eventually, her character softens, and perhaps as the series progresses, she matures further.  Either way, in this first installment of the series, Rose’s constant hostility can be a bit off-putting.  I think if I were ten years younger, I’d actually enjoy her need for revenge, tendency to bully, and the out-of-control behavior.  But, as a 26-year-old, I found it kinda sickening… I’m OLD. I’m SORRY. I got bullied in high school; forgive me.

All the same, Rose’s character didn’t detract too much from the book — I still found Vampire Academy such an enjoyable read!

As for the mystery figuring out the bad guy was relatively easy, but the other mysteries were not nearly so solvable. And again, the mystery and pacing kept me reading!  I consumed the book in two days, and I enjoyed it the entire way through.

WARNING FOR PARENTS: Just so you know, this book has swearing, sex, drug use, and heavy drinking.  It does not put these activities in a bad light, per se, though there is some indication that all the partying is irresponsible and can lead to bad results.