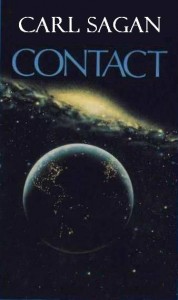 To continue on in the researching your novel series, I’m going to wrap it all up with an area close to my heart: science.  It’s often poorly researched in stories and film, and it’s often completely mis-portrayed.  I’ll try to keep the rant to a minimum.  Also, keep in mind that I teach an entire workshop on this subject, so this is very condensed.  Moving on…

Science is broad, so simply labeling your character as a “scientist” is not enough to convince your savvy readers.  Specificity is key.

It gets worse. You probably know the scientific method – heck, we all had to learn that in school – but did you know that no one in science is allowed to prove a hypothesis? We’re only allowed to reject a null hypothesis and then say the data supports our alternative hypothesis.  Yeah, no proving anywhere.

And me oh my, how it gets ever more tangled! Have you heard of research proposals? NSF? Impact factors?

“Holy crow, Susan! Stop barraging me with your jargon!”

Well, here’s the thing: all this jargon is what science is built on, and to have the science of your novel seem real, you have to understand how the scientific community operates.  How science operates.

I know it can be overwhelming.  There’s a reason scientists go to school for so long…

What to Research for Your Novel

First off, you need to select the time period you want your scientist to be from.  Are we talking Aristotle or Sagan?  If it’s historical science you’re delving into, the rules change.  Head here to look into researching a historical novel.

Next, you need to select a broad field of study.  Marine science?  Evolutionary biology?  Astronomy?  Now, you’re going to have to get even more specific.  Consider that a scientist typically attends university (4 years), a Masters program (2 years), a PhD program (5 years), and a few post-doctoral positions (3+ years) before finally settling in a place of work.  By that point, this scientist is pretty specialized in one itsy-bitsy aspect of  their field.

Example: my M.Sc. supervisor (40 years old) worked primarily with only one species of shark (Greenland sleeper shark), one aspect of its life (it’s diet), in one place in the world (Canadian Arctic), and with only three methods for analysis (pollutants, stable isotopes, and fatty acids).

So, when you see the scientists in movies who seem to know every aspect of science, know that it’s total bull s***.  (However, total bull s*** can often work well in stories…so…don’t let that scare you off from an all-knowing mad scientist.)

Next, where does your scientist work?  Is he/she a government employee?  A museum employee?  Or does he/she work in academia?  How about commercial labs?  Or, is he/she a lowly lab intern working for a summer job?  An M.Sc. student cramming in classes, lab work, field work, and teaching?  Lots of choices…

Now, let’s sort out what equipment this scientists needs.  They could be working in a lab on über expensive lab machines.  They could be at sea every other month recording catch records on fishing boats.  They could be sitting at a computer all day running data through advanced statistical models.  Or maybe they’re in a greenhouse working on their experiment.

You get the idea — the what quesiton is entirely dependent on the when, the field, and the where.

Finally, we need to figure out how a day-in-the-life for this character looks.  Needless to say, the typical day for a university archaeologist will be completely different from the pharmaceuticals employee.

Scientists are scientists because they’re passionate people.  Why else would we devote so much of our lives to studying one thing?  Scientists aren’t just boring dudes in lab coats or all-knowing kooks.

Scientists can be pretty cool people who have a lot to say, have experienced some really unusual stuff, and know how to party.  So now is your chance to break the mold and write a story with science that’s accurate and science that’s sexy.  If Carl Sagan can do it in Contact, then so can you.

Making a website for free The Graveyard Book: a book recommendation