♥ Time for some community feedback! ♥

For June’s Query Day, we have our first lucky “winner”, Sharon Bayliss. Her shiny, revised query is now ready for some group feedback! 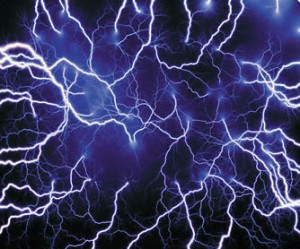 I’ve read in interviews that you enjoy fantasy set in a world similar to our own, so I believe you will enjoy my 70,000 word fantasy, STORMLAND.

The sky looked black for days after the bomb killed her parents, and Lena Lowell will do anything to make sure the sky stays blue from now on.

Living as a refugee in the Republic, Lena wants nothing more than to become First Lady, or possibly President, so she has the power to finally stop the Republic and her homeland of Trion from trying to wipe each other off the planet.  However, sources state that the genetically engineered royal family of Trion plan to assassinate the son of the General who bombed their Capital, who happens to be Lena’s boyfriend, the promising young politician, Will Cole.

When Will tells Lena that he feels an agitating energy in the air, he confesses that he thinks he may be losing his mind and wants it kept quiet.  But when Lena touches his skin, an electric charge shoots through her body, and she can feel the same agitating energy.  Lena hates to watch her stalwart man crumble behind closed doors, so she investigates the cause of the “energy” on her own.  Before she can find an answer, Will goes missing and the Republic thinks the Trion King may be to blame.  Lena must discover the secret of Will’s affliction and help bring him home before the Republic stops searching and starts bombing.  If she fails, war will take away everything she loves for the second time in her life.

STORMLAND was a runner-up in the Made of Awesome blog contest judged by agent Judith Engracia of Liza Dawson and Associates and I have been published in small press magazines such as Nerve Cowboy.  You can learn more about me at http://sharonbayliss.blogspot.com.

At your request, I would be pleased to send you more of STORMLAND.  Thank you for your consideration.

Let Sharon know what you think of her query letter in the comments, please!

AND…don’t forget to check out the Writing for Young Adults Workshop Sarah J. Maas and I are offering in July!

Announcement! Free YA workshop coming to a computer near you! Sooz’s Publishing Industry Lowdown (June 20-24, 2011)