For August, our lucky “winner” is Wendy, who will be querying her travel memoirs soon! This is our first non-fiction query on here (woo!), so I’m excited to hear what everyone thinks.

And as always, be HELPFUL, be gentle, and leave your comments below. 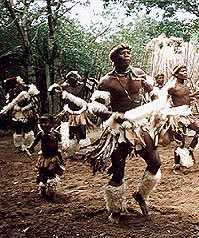 I’ve shacked up with a counterfeiter in a forest in Rio. Woken up accidentally engaged in Santo Domingo. Hitched a Secret Service Humvee in Jordan. Filmed Cuban cigar traffickers in Havana. Crashed a Cadillac in Hollywood. Escaped a foot fetishist in Hanoi. Encountered men and other wild animals in Africa. And I’ve written 70,000 words about it that I’ll never show my grandmother.

I note from your blog that you have a great sense of humor. If you’re looking for an entertaining travel memoir filled with danger and romance off the Richter scale I invite you to consider <TITLE>.

As background – I’m the daughter of an Australian volcanologist and a crocodile farm bookkeeper, born in Papua New Guinea with danger at my doorstep since day one. When I approached my 21st, the small town I was raised in was buried by a volcanic eruption, and I found I no longer knew where to call “home”. I’d graduated college, become a professional fairy and found myself a little lost. So I hung up my wings, picked up a camera and some courage, and began flying solo around the world making films -and bad romantic decisions. It’s here my story takes off. I fell in love, more than once, like it was a pothole in the road. And I found my feet in the world. From shamans to storm troopers to sleazy Hollywood producers, I’ve survived–and written about–them all.

My writing has been published in Muse, Viva and Lowdown magazines, online at Arts Hub, and I’m editor of <COMPANY>, so my platform is growing together with my frequent flying carbon footprint. I’ve won three gold awards at the Houston International Film Festival and another for ‘Best Producer’ in Azerbaijan. I’ve guest lectured at universities in Australia and the States, traveled 60 countries, and filmed and screened my documentaries across five continents. But there are no cinemas on the road less traveled and the soul of my manuscript is found in the unguarded moments far from the camera when I forgot about my films and found my heart had skipped a beat.

<TITLE> is an action-packed anthology with something for everyone: Exotic locales, love, sex, humor, tragedy, intrigue, and even a little arsenic poisoning. And I’ve just completed a sequel of more death-defying tales. Don’t try them at home.

Thank you for your time and consideration.

Let Wendy know what you think of her query letter in the comments, please! There won’t be a query day for September–I’m going to be out of town…not to mention, I’ll be frantically finishing the first draft of the sequel to Something Strange and Deadly.

If you were in a paranormal romance… Publishing Industry Lowdown (August 29-Sept. 2)