The Assassin and the Pirate Lord + Flipped: book recommendations 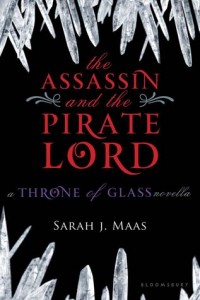 My BFFR Sarah J. Maas‘s first novella is FOR SALE! And all I can say is: you NEED this story in your life. And no, I’m not just sayin’ that because she’s my BFFR. All friendships aside, this story and its heroine are fantastic.

Celaena Sardothien is tough, stubborn, and impulsive–we all know that from Throne of Glass…but she wasn’t always AS tough (though she was certainly MORE stubborn and MORE impulsive).

On a remote island in a tropical sea, Celaena Sardothien, feared assassin, has come for retribution. She’s been sent by the Assassin’s Guild to collect on a debt they are owed by the Lord of the Pirates. But when Celaena learns that the agreed payment is not in money, but in slaves, her mission suddenly changes – and she will risk everything to right the wrong she’s been sent to bring about.

Because this novella preceding the events of Sarah’s famed Throne of Glass, we get to see that young, untried Celaena. Don’t get me wrong–when I say “untried”, I don’t mean “weak”. She can still kick your butt (with her hands tied behind her back and her eyes blindfolded), but her edges haven’t yet reached the sharp, vengeful ones we know from Throne of Glass. This Celaena is still searching for her place in the world, still finding her own moral code, and still learning how to interact with others–particularly others that pull her heartstrings in ways she’s not accustomed.

I adore Celaena in this novella, and the plot compliments her personality perfectly. The way her choices set off a series of SWASHBUCKLINGLY EPIC events show us exactly how this “naive” Celaena is starting to become the hardened badass of Throne of Glass.

If you’re a fan of fantasy, adventure, or fast-paced reads, then The Assassin and the Pirate Lord is definitely for you. 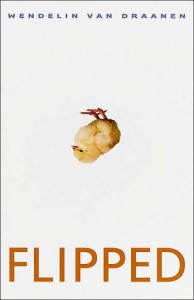 I LOVED this Wendelin Van Draanen’s Flipped. I zoomed through it on a plane trip, and it was honestly one of those books that I simply didn’t want to end.

The first time Juli Baker saw Bryce Loski, she flipped. The first time Bryce saw Juli, he ran. That’s pretty much the pattern for these two neighbors until the eighth grade, when, just as Juli is realizing Bryce isn’t as wonderful as she thought, Bryce is starting to see that Juli is pretty amazing. How these two teens manage to see beyond the surface of things and come together makes for a comic and poignant romance.

The story is told from alternating POVs–Bryce and Juli’s. We see his instant distaste and her instant adoration…and then we watch as his hatred transforms into first love, and her first love transforms into full-blown loathing. (But don’t worry, there’s a happy ending.)

Bryce’s transformation is convincing and three dimensional, while Juli is just SUCH an endearing heroine. I loved they way the characters interacted–the way we saw both of their POVs and and were able to understand how much every little thing can be (and was) misunderstood. I especially loved the way the secondary characters influenced Bryce and Juli–sometimes for the better, sometimes for the worse.

Van Draanen has created a very fun yet also poignant story in Flipped. If you’re in the mood for first romance, teenage angst, or character growth, be sure to pick it up.

OR, you can check out the amazing film version! To be honest, I saw the movie first (and loved it). I was shocked to find how very accurate the book was… Yes, they changed the setting (the movie is set in the 1950s/60s, and honestly, I think it fits perfectly!), but otherwise, the story is shockingly accurate for a film adaptation.

You tell me: Have you read The Assassin and the Pirate Lord or Flipped? What did you think?