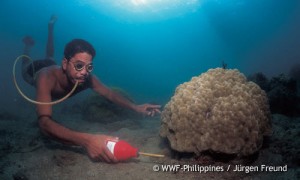 Continuing on from last week’s historical research, we move into the world of contemporary research.  Y0u can’t get lazy just because your story is set in the world around you.  In fact, if anything, you’ve got to be more careful.  Why?

Because your readers are from modern times, and so they’re far more likely to your spot mistakes.

Example:  It’s not likely Average Helen will know whether Bunsen burners were present in an 1876 lab (they were), but Average Helen really might know that Canadians don’t actually say “eh” at the end of every sentence (though I’ve met a few who do).

So what do you need to research?  Anything you don’t know about but that forms a major part of your story. Duh, right?

Aspects you’ll need to consider in your research:

The list goes on, depending on what you include in your story.  For example, if you’re telling the tale of a Filipino whose family uses cyanide to hunt aquarium fish on coral reefs until the WWF or Greenpeace or even the FAO gets in his way, then phew. I would guess there’s a lot of things you’re going to have to look into — Phillipines culture, the MC’s religion, local climate, coral reef ecology, aquarium fish market, NGO power, social hierarchy, life on ricekty boats, and on and on and on.

First place to head will always be the internet — natürlich. Do your preliminary research on Wikipedia.  Get a feel for the amount of specific research your going to have to delve into.  Look at other sites, like organizations for professionals or the official sites for religions.  Of course, always verify the quality of your source.  You don’t wanna be taking information from an ill-informed kook.  As a rule, though, a lot of your initial questions can be answered via the internet.

It’s the specific details that you’re going to need help with.

So second, head to the library.  For any research, the librarian will be able to help you.  I promise; it’s what their trained to do.  And yet again, primary and secondary sources will appear before you.

Now what about the stuff you can’t find recorded somewhere?  Third, find someone who knows and ask.  Need to know about police procedures?  Ask a cop.  Want to know how to get out of a strangle?  Ask a self-defense teacher (or me — you can ask me too).  Want to know how a fourteen-year-old speaks?  Talk to a 14-year-old (or read novels aimed at that age). Want to know what the opposite sex really thinks?  Ask some guys/girls and find out.

I can’t emphasize enough the importance of getting these details right.

If you’re 10-year-old MC doesn’t act or speak like a 10-year-old, you’re not gonna sell your story.

If you let a karate black-belt get strangled to death, you’re gonna tick off all martial artists who might have read your book.

If that German character doesn’t speak with the right accent (I’ve seen this before!  It made me sooooooo angry and I haven’t bought another book buy that writer since.), then all German readers, won’t buy your work.

You get the idea, right?  Next week, I’ll talk about researching one area that I’m intimately familiar with and that people often get wrong: