This week is Query Week on Let the Words Flow!  We’re offering in-depth critiques from ourselves and several agents, so you’ll definitely want to stop by!

Today is we have Laura Pauling‘s query, so please leave your feedback in the comment section.  If you leave nasty comments, I will destroy you.  Now go out and spread the word so Laura can get loads of helpful feedback! 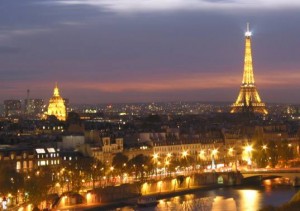 Within five months, seventeen-year-old Jillian went from making homemade popsicles and skinny-dipping in her Nana’s creek to eating cold mush in a French prison – on charges of theft, espionage and attempted murder. Of course, none of the accusations are true, but try explaining that to a furious French interrogator, who lacks any sense of adventure.

She traces her problems back to her first date with Malcolm, when she had no choice but to leave him tied-up and half-naked under the Eiffel Tower. Don’t worry, he totally deserved it. She has twelve hours to recount the events leading up to the shooting of the beloved pastry chef and convince the detective that her role in it was purely coincidence. Or, she’ll be left to rot in prison.

ROMANCING THE SPY is a completed 75,000 word contemporary young adult story of intrigue and romance. Older readers of Ally Carter’s spy series might enjoy this story that has more twists than a French cruller.

Leave your comments below, and be sure to keep your eyes peeled for more queries!  Everyday for the next two weeks, I’ll be posting another query, and it’s up to YOU all to help each other.  Thanks, friends and fellow writers!!