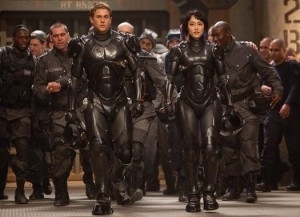 Guys, I have been excited about that film for almost a year now–ever since I first heard about it at San Diego Comic-Con last year. Honestly, it’s rare that I anticipate a film or get even remotely excited about its launch. It’s even more rare that I go see a film as soon as it opens.

This movie blew my mind. It was everything I wanted and more. I’m not usually an action movie person–I like characters more than explosions…

It had characters that were developed just enough for me to love and action that didn’t make my eyes glaze over. Plus, there was a kickass girl–like, kickass–and it was so refreshing to see her. And refreshing to not have romance.

It was the world, though, that really got me. The details was so insane–from the Shatterdome to the Bone Slums to the inside of the Jaegers. WOW. It was everything my inner tween, who was obsessed with Robotech/Gundam Wing, Blade Runner, and basically mecha & gritty sci-fi of any kind, wanted to see. Hell, it was everything the adult me wanted too, and I hope-hope-hope we see more mecha and more Pacific Rim stuff in the future.

Basically, it was so good that Sarah J. Maas and I have already established an in-depth self-insert fan-fiction (we’re Jaeger neural co-pilots, of course) and are trying desperately to get our hands on some Gipsy Danger flight jackets.

Anyway, you guys should go see it. And then you jam to its awesome movie score by one of my fave composers, Ramin Djawadi. The theme makes me want to swagger like they are in the picture above.

A Darkness Strange and Lovely releases in just over 10 days! WOOHOO. I’ve got a Tumblr giveaway going on (just reblog to be entered) and there’ll be more giveaways on the Twitter/Facebook horizon next week. 😉 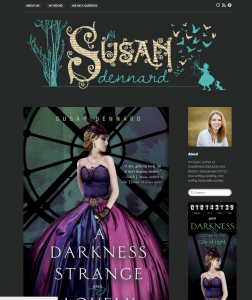 The lovely people over Epic Reads and Pitch Dark have also posted some fun extra content for readers of the Something Strange and Deadly series. There’s the 5 quick-fire questions about impulse over on Epic Reads… 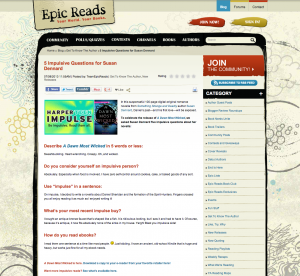 And then the official playlist for A Darkness Strange and Lovely over on Pitch Dark! You can click through to read about each song and why I chose it, or you can just jam to the playlist below. 🙂 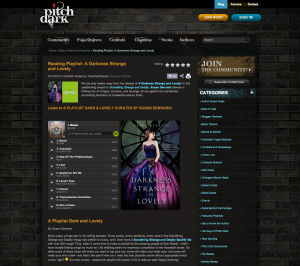 Otherwise, my life has been a bit crazy (lots of critiquing for various wonderful peeps with deadlines), so I’m sorry I don’t have a more content-rich blog post for you. You can always head over to Pub(lishing) Crawl, where Marie Lu has an awesome post (that really resonated with me).

Knowing My Endings…Or Not A Darkness Strange and Lovely Updates & Giveaways!!